What a stronger economy delivers:

OUR PLAN TO KEEP OUR ECONOMY STRONG

Ensure the Government lives within its means, and doesn’t waste your money. We have returned the Budget to $7.1 billion surplus and we’re keeping spending and taxes under control. By paying down debt, we will protect the next generation. 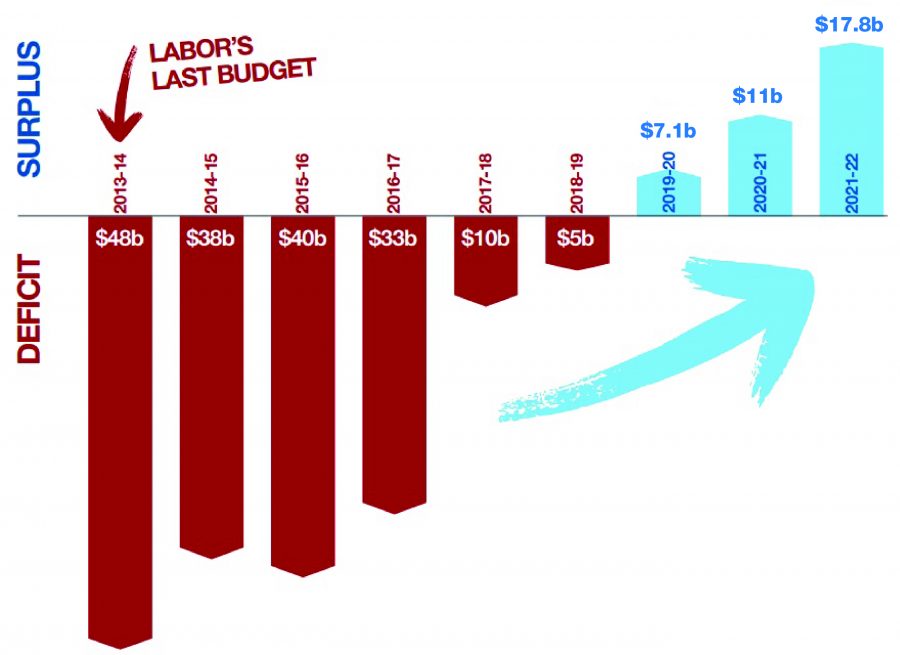 Lower taxes, so Australians keep more of what they earn and save. This helps Australian families with their household budgets and to build for their future. 710,000 South Australians will benefit from tax relief for low and middle income earners saving each individual up to $1,080.

Back small, family and medium sized businesses to realise their potential and create 1.25 million more jobs over the next five years – including 250,000 more jobs for young Australians. Increased tax relief for small-medium business is set to benefit 244,000 businesses in South Australia.

Ensure affordable and reliable energy for households and businesses, by taking on the big energy companies, ensuring 24/7 reliable power and investing in hydro-electricity. The 2019/20 Budget includes $1.8 billion towards reliable, affordable energy through key initiatives including Snowy 2.0

Build the transport and technology infrastructure we need. This helps to strengthen our economy and connect people, products and markets. By busting congestion in our cities and building the infrastructure of regional Australia, we will also make life easier for families.

Drive all our industries forward. This means encouraging new technology and service industries and strengthening traditional sectors like resources, farming and manufacturing. The 2019/20 Budget supports growth in regional Australia through decentralisation schemes and targeted assistance, including $6.3 billion in drought assistance, $2.2 billion towards safer roads.

Ensure Australians of all generations have the skills they need, for the jobs of today and tomorrow. We will do this by funding more apprenticeships and with vocational education that responds to our economy.

Keep Australians working together, by supporting productive, cooperative and law-abiding workplaces. Australia can’t afford a throwback to the lawlessness and conflict that comes when militant union bosses have too much power.

Continue to expand opportunities for our exporters to create even more jobs, by securing more trade deals that are in Australia’s interests. Within the 2019/20 Budget, small and medium-sized businesses will benefit from $60 million in funding over the next three years to increase opportunities to export their produce and goods, utilising their free trade agreements.